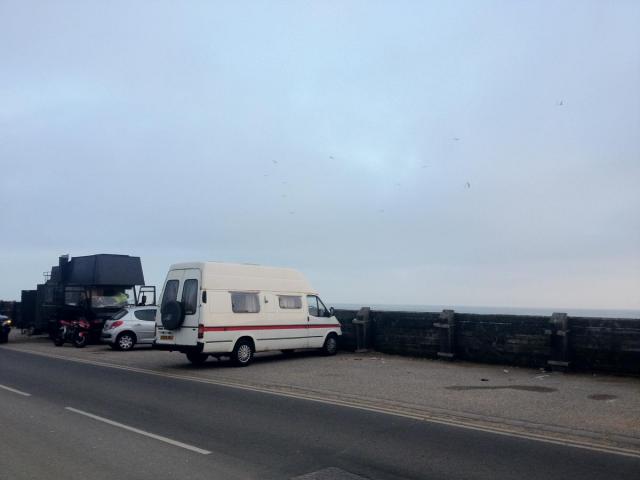 I’ve been living in Brighton for a nearly 2 months now.  And I’ve been enjoying the benefits that living in a flat brings, rather than living in a van.  But I already miss touring and being on the road.

On www.wildcamping.co.uk I saw a number of posts about wild camping in Brighton, as I had to do this briefly in the past.

Whilst cycling around the coastal area here in Brighton I have seen a number of campers wild camping.  I have seen several stealth campers parked on various roads, and I have seen vans moving around, so people are probably living in these vans.

I saw the vans in the attached picture parked near the sea, a little way from the Brighton seafront.  I wont say where as these people have made the effort to find somewhere to camp, and I’m not going to ruin it for them.

I’ve seen people camping in a number of other areas.  In fact I saw 4 different vans in various places on a single bike ride.

So, it possible to wild camping around the Brighton area quite easily, if one moves around a bit and don’t get lazy.