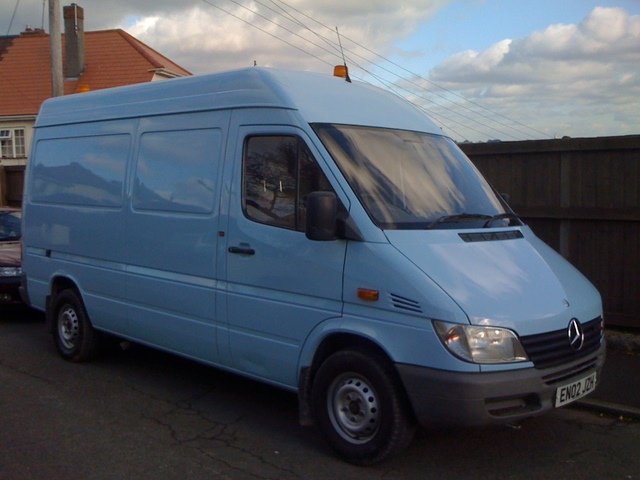 After thinking about building another campervan for a while, I was looking online at vehicles in the Cornwall area.  I saw a few that looked good, especially a Blue Sprinter very near by.  I went and had a look.  It was in good condition, an ex Transco van that had a few bruises as all work vans do, but a full service history and brand new MOT.  I bought the van and got it back to my parents house where it will live for the next few months whilst it is being worked on.

Having previously converted a Sprinter I knew I wanted another. I love their reliability and build quality.  I was tempted by a more modern LDV Convoy for their size and width, but decided a Sprinter was enough.

My previous conversion had been a SMB medium-top.  I couldn’t stand up in it fully.  I lived in it for 9 months whilst touring around Europe, and new this time that a proper high-top as essential.  I also knew that the little extra length a MWB offers is well worth it for the trade-off in parking and slightly worse MPG.

The new Sprinter is a phase 2, rather than the phase 1 I had before.  With 110 BPH from the turbocharged engine it is a lot quicker than the old 80BPH unit.  In fact it’s quicker than most cars I have been in.  This will be good for touring.

Being an ex Transco van it had full racking, a bulkhead and beacons on top.  None of which I need, so the first job is to get these out.  sold most of these things, mainly to ensure they are re-used rather than scrapped, but also to make a few pounds. 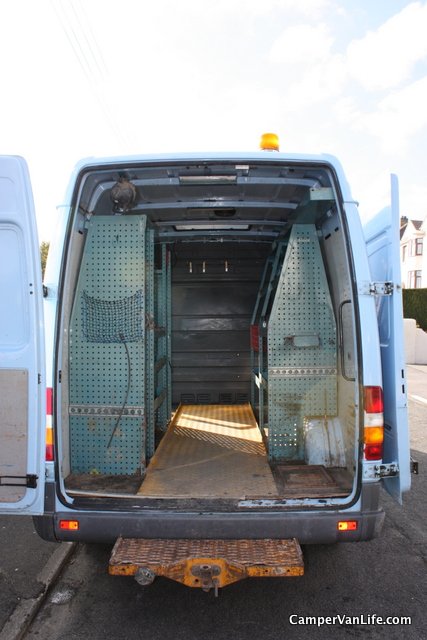 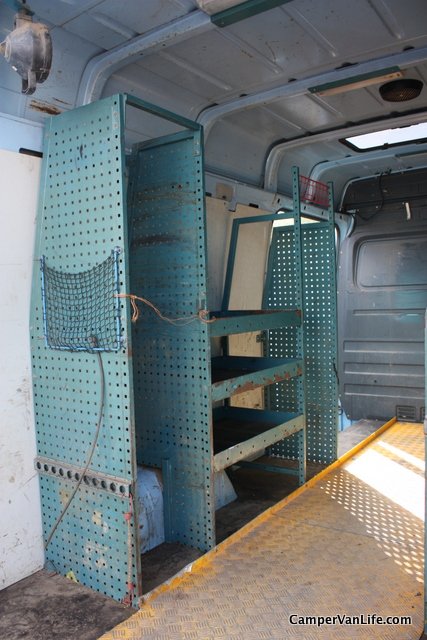 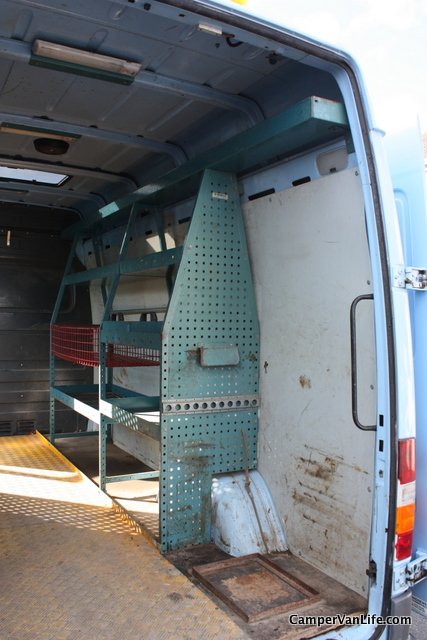 Things to remove, and the price I got for them on eBay

The racking and bulkhead took a bit work to remove, but the rear step was also a challenge.  The step was attached with many very big bolts which had become corroded.